On July 30, a Nok Air Boeing 737-800 carrying 164 passengers and six crew members flew in from Don Mueang in heavy rain and skidded into mudslide where it became stuck. Luckily, there were no injuries nor casualties, though the mishap hit pause on flights and airport operations.

The runway was successfully cleared thanks to the Airports of Thailand (AoT) and the Department of Airports (DoA) and was evaluated by the Civil Aviation Authority of Thailand before being reopened for use. The delay in its removal was largely due to the aircraft’s hefty 60-tonne sizing, as well as difficulties in removing the vehicle without further damaging the wings.

Aside from having provided 87 rooms in nearby hotels for passengers to rest at during the night of the incident, Nok Air CE Wutthiphum Jurangkool states that the airline will also compensate the passengers on board with refunds and free tickets totalling up to THB 1million. 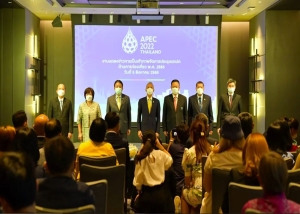