> Feeling Snacky? Dare to Try These Exotic Foods in Thailand

Feeling Snacky? Dare to Try These Exotic Foods in Thailand When we talk about spicy foods and snacks, one of the first things that comes to mind is Thai cuisine. Thai food is known for its refined spices that balance its abundant flavors.

However, not all Thai foods are tangy by default. Let us take, for example, these rare exotic foods in Thailand that you can snack on.

Having originated in the northern part of the country, pork brain is one of the most traditional and exotic foods in Thailand. Its savory taste comes from dried chilis, lemongrass, lime leaves, shrimp paste (kapi), and Thai herbs. Locals believe that cooking pork brain in a lump of coal will enhance its earthy flavor.

Have you ever enjoyed eating roasted duck? Aside from its meaty breast topped with foie grass, locals also love to eat their beaks!

Many people would find this weird, but this exotic food in Thailand is marinated with soy sauce and paired with a cold beer. Duck beaks are filled with various health benefits such as keeping your lungs and liver healthy. They are said to be a remedy for mouth ulcers, cough, sore throat, and toothache. This delicacy is also believed to increase a person’s sex drive and performance.

You’ve probably seen fried scorpions sold on the streets and the first thing you thought was whether it’s safe to eat. While they are known to be a poisonous insect, scorpions in Thailand are eaten on a stick and taste like a healthier version of French fries. This is one of the wildest exotic foods in Thailand and is rich in nutrients including protein.

A traditional exotic food in Thailand, hon mhai are oval-shaped fat worms flavored with salt, pepper, and a special sauce made by vendors.

Deep-fried silkworms are crunchy with a slightly bitter taste. For most of their lives, these silkworms consume mulberry leaves that make them a good source of protein and other health benefits.

This exotic food in Thailand looks like big cockroaches that measure two to three inches in length. Aside from Thailand, it is also popularly eaten throughout Southeast Asian countries. Local vendors cook these giant waterbugs by boiling or deep frying. The cooked output is eaten with some salt or any chili-based sauce. s.

When eating, you should remove first its wings first because it’s not edible. Cut the head from its body to eat and suck the meat. The taste is similar to moist scrambled eggs with a licorice flavor. Afterward, swallow the entire head if you can. If not, you can use your finger to take out its flesh similar to a crab's body.

Even before they can grow legs, these cute little creatures are eaten by the locals. Mok Hhuak is commonly available during the rainy season because this is when frogs breed.

One of the most favorite exotic foods in Thailand, this delicacy is eaten with rice and served with a fermented fish sauce called pla raa.

To cook frog tadpoles, simply mix them with basil leaves, chili, dill, lemongrass, and other herbs and spices. Then, wrap them all together in a banana leaf and prepare to grill over charcoal. Its soft and smooth texture can be compared to the taste of ground meat.

Just like other edible insects sold in market stalls, takatan and chingrit are high in protein and low in calories. People in Thailand find this snack delightfully tasty, crunchy, and affordable. You can find this exotic food in street food carts and restaurants.

If You Love Durian, Make Sure to Visit These Cafés in Bangkok

Here are some must-visit cafés in Bangkok that’ll satisfy your cravings for durian desserts!

We found five cafés along Sukhumvit Road where you can chill, people-watch, and enjoy your beverage while taking a break from mall-hopping. 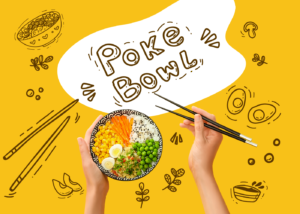 Gotta Eat 'Em All: Where to Find Poke Bowls in Bangkok

Poke is a Hawaiian dish made usually of marinated raw fish along with various fixings like pickles, chopped onion, and seaweed, and served on top of a bowl of rice. These four places in Bangkok offer poke bowls of various kinds! Drink Healthy: Where to Find Organic Drinks in Bangkok

We are what we eat, and that includes our drinks. Whether you’re planning to detox or reach a fitness goal, here’s where you can find organic drinks in Bangkok.