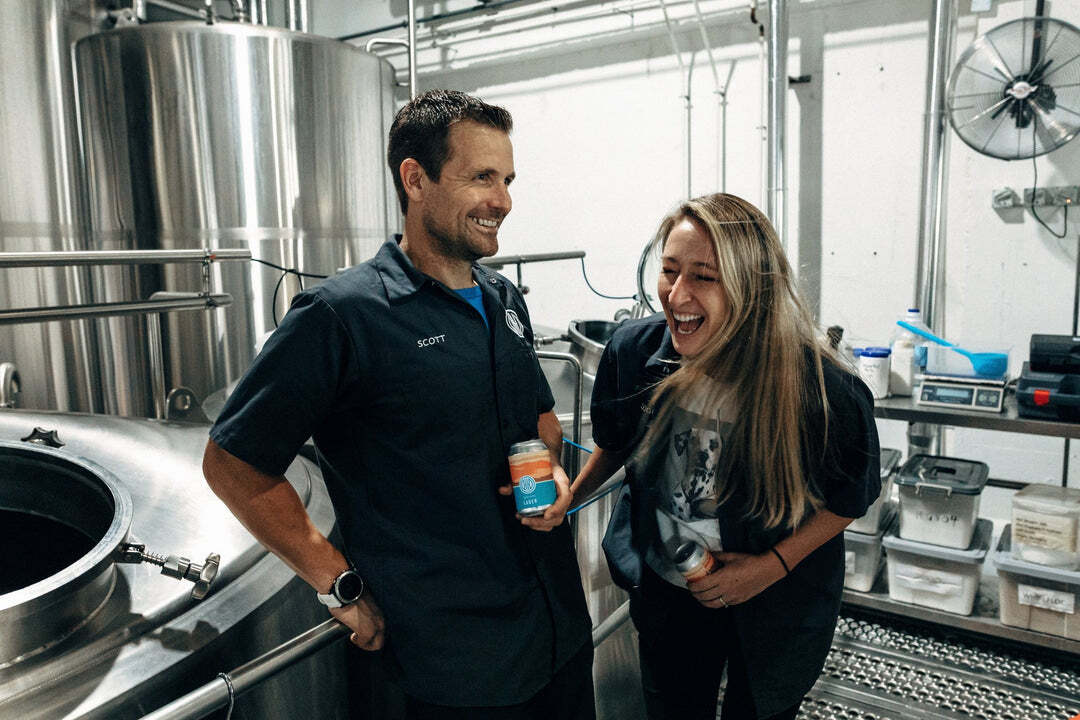 Leigh and Scott Powrie are the unsuspecting beer connoisseurs behind Double Haven, the brewery to bring Hong Kong’s first spiked seltzer alcoholic beverage to market, Dragon Water, proving to be uber popular with drinkers in the city.

Double Haven was founded in April 2020 by the Asian-rooted American couple who sought to implant their experience in the beverage industry with the creation of a beer company that provides an alternative to existing drinks on the market and supports local initiatives in Hong Kong and Asia.

Dragon Water Spiked Seltzers are a healthier alternative to beer, low in carbs, sugar- and gluten-free, keto-friendly, and only pack 95 calories per can with all-natural processes and flavours.

“We wanted a drink line that offered a healthier alternative, aligned with our values of environment, animals, community and giving back, and helped us get outside – we couldn’t find it, so we made it,” extoled Leigh chatting with The Beat Asia.

Born and raised in Taiwan, Leigh admits a deep connection and love for Asia. With Scott, the couple have lived in the city for seven years and admire the strength of Hong Kongers, beauty of the culture, and the outdoors. “I am an avid outdoor enthusiast, jedi beer drinker and extreme dog fanatic who has recently discovered how to combine my love for nature, animals, and beer into a dynamic company.”

“We launched right in the middle of the pandemic. It was a crazy time to do it, but we knew now more than ever there was a need in Hong Kong for drinks that offered healthier alternatives, and helped people get out of their apartments and onto the trails and mountain biking tracks.”

Dragon Water has captured the hearts of craft beer-enthused Hong Kongers since its release two years ago. As well as brewing, canning, and formulating recipes from local ingredients in the city, Leigh and Scott were insistent to base operations in Hong Kong, a city they call home, and form an all-women-led team to head operations. The couple have three bottom lines for Double Haven: profit, people, and the planet.

“Did you also know that it was women who brewed the first ever beer? The craft beer world is steeped in an obvious bias, a long-held belief that beer is for men and women drink wine and fruity cocktails that end in -tini.”

“Beer names, flavour profiles, and advertisements have long skewed masculine even though women make up 30% of craft beer consumers. In the U.S., only 17% of breweries have a female CEO, 2% are solely owned by a female and 20% are owned jointly with a male partner. In Asia, these statistics are lower, much lower.”

"However, these statistics don’t bear out the rich history of women in brewing nor do they speak to the exciting future of the industry. For 7,000 years, women brewed beer as part of ritual ceremonies, as calorie-dense staples and, later, to sell in marketplaces? Only in the last three hundred years has brewing been considered the domain of men.”

“I am proud we are claiming some of that space in Hong Kong and that we have an all-female-led team, something very unique for Hong Kong’s brewing industry.”

Through Double Haven, Leigh and Scott have been able to support over 1,800 women through events and networking collective, Women of Hong Kong and TEDxTinHauWomen, and heralded support from female-led initiatives such as Micro Galleries, and mixed-gender teams Seagods Paddling Club and University Rugby Football Club.

Double Haven is the first Hong Kong beverage company to become a member of the 1% For The Planet initiative, pledging 1% of their revenue to form a new environmental legacy tackling the earth’s most pressing issues of climate change. “Buying a can of Dragon Water gives back to the environment, community groups, animal organisations and sports initiatives.”

One percent of Double Haven’s charity goes to Animals Asia, an organisation dedicated to ending bear bile farming and improving animal welfare in Asia. “Founded in 1998 by Jill Robinson, the Animals Asia team has been rescuing bears since 1994. As the only organisation with a bear sanctuary in China, Animals Asia operates an impressive and incredibly well-built sanctuary, with full veterinary staff in China and Vietnam.”

“Most excitedly, this week we have just launched our new campaign #DHSummitGoals. This is about people who have a challenge, small or big, they want to conquer that helps change the world in a positive way.”

“Our co-founder, Scott Powrie, is leading the charge and is off to Pakistan to summit two massive mountains (Gasherbrum I and II) to raise US$16,000 for Animals Asia to help them build a new sanctuary in Vietnam and save 310 bears. We are proudly supporting Scott and people can support and donate to his campaign on GoFundMe.”

"We are incredibly proud that all our beverages are crafted and brewed in Hong Kong,” Leigh commented. “We aren’t just based here and then brew and can overseas. We knew from the start we wanted to use the best ingredients, with the best team at [one] of the best breweries in Asia and knew that would be Hong Kong.

“Double Haven combines my love for nature, animals, great drinks and assisting Hong Kong and Hong Kong community programs, whilst capturing the unique, rich, and dynamic spirit of this city we have grown to love. “

The beer company is set to launch its second iteration of Sidekick Sour, a limited-edition Kettle Sour supporting Hong Kong Dog Rescue. Leigh told The Beat Asia of “something very special coming up with Dragon Water to help us through the end of summer,” a drink “juicy, sweet, refreshing and the name will rhyme.”

“We are expanding rapidly into new markets in Singapore, Japan, China, and are in discussions to soon launch in North America. We are so incredibly proud to be taking our drinks and everything they stand for to new spaces.”

“We are delighted to be part of showcasing Hong Kong and its beautiful environment and culture in this way, and helping local community groups, the environment and animals along the way.” 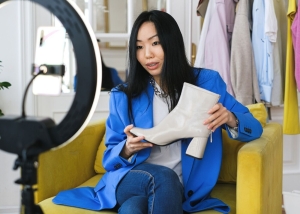 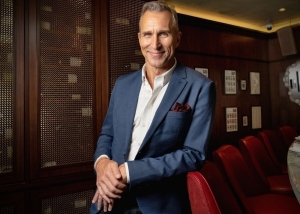 Think You’ve Got What It Takes? Here’s a Guide to Pursuing a Financial Career in Hong Kong

These factors may help assess whether you’re ready to advance to the world of finance.