Kalo Chu “lives and breathes calligraphy,” she passionately told The Beat Asia on a balmy February day huddled up in her bright, spacious studio in Central.

On her neck, she sports a gold necklace with a nib pendant – the head ink reservoir of a calligraphy pen – with her studio, Kalo Make Art, engraved delicately in a romantic font; on her left wrist, she wears a gold bracelet designed by Brody Neuenschwander, a famed American calligrapher.

From an early age, Kalo had a strong affinity towards the art of penmanship. Her father, a Chinese calligrapher, inspired her passion of the fine art. Since 2011, Kalo has operated out her Central studio, teaching the art of calligraphy and becoming one of Hong Kong’s most familiar faces in the pen spaces.

Kalo began her art career in London in mid-2000s, in what she calls her “struggling artist” years. Her study of fine art at the University of Hong Kong inspired her to pursue a foundation course at the Wimbledon School of Arts, studying the practical skills of large-scale fine art. Juggling office jobs to raise funds for her studies and seeing a career in painting as a risky move, Kalo was forced to quit her course in favour of a more stable life.

It was in 2011, however, that a move to Singapore to accommodate her husband’s job switch that reinvigorated Kalo’s conviction to become an artist. Kalo launched her self-brand company, Kalo Make Art, with a focus on designing bespoke wedding invitations for clients.

“Living in Singapore, I came across a book one day in a store about calligraphy, the tools used, techniques, styles, and how to draw. I remember in that moment, that wow, this is incredible,” Kalo said.

Training at home from YouTube tutorials, Kalo began to see her skills improve and clients seek her calligraphy work for invitation designs. It was a Singapore-based florist-cum-friend that persuaded Kalo to employ her self-taught skills to teach a workshop to creatives in the city on design, technique, and style.

Her weekend workshops in Singapore were a sell-out, garnering a clientele of those eager to learn the basics and perfect their skills. Kalo taught a modern style of calligraphy and would travel abroad to the U.S. and U.K. for formal classes to better her skills in both teaching and style.

With her husband finding work in Hong Kong in 2015, Kalo returned to her hometown and began working at her twin-sister Kala’s makeup studio - one floor below in their Wyndham Street office building - offering weekend and night-time workshops and classes.

"I wanted to open up a cosy space for people to come and stay, building a community. So, people don't just take one class, but they come back for events and meet-ups,” she said.

Her studio opens to two large spaces connected by an arch in the middle. From entering the door, you are welcomed to a curving store area holding Japanese, American, British, and European pen and calligraphy supplies for buddying hobbyists. On the left lie four tables with chairs under bright white light where Kalo hosts her workshops and classes.

“My heart is focused on teaching [calligraphy], because I love [it when I] see people excited about learning a new skill. They feed my passion. I also learn from the students. In my seven years of teaching, I have taught the same calligraphy classes over 1,000 times.”

Kalo told The Beat Asia in an interview at her studio that her courses attract many seeking to have a new hobby to “relax themselves in a very calming and therapeutic [manner].” Many sign up to use calligraphy to practice mindfulness, engaged couples getting married and seeking to draw calligraphy for their wedding invites, and people who want to apply a level of creativity to their own jobs.

At the turn of the year in early January 2022, when new restrictions were set to battle Hong Kong’s fifth wave of infections, Kalo pivoted to sustaining her business and providing Hong Kongers stuck at home and bored.

On Feb. 18, Kalo soft-launched her online course called “Mindful Calligraphy,” a pre-recorded package designed to guide calligraphy-interested individuals in the basics of writing with a dip pen – a pen designed to carry a fountain of ink, understanding the tools in calligraphy, setting up your workstation, and forming the basic strokes, words, and a grasp of the alphabet.

With “enough information to learn as a beginner,” Kalo’s course, priced at HK$350/US$45 for three months of online access, comes with a start kit made in Hong Kong. Inside, customers will be provided with an oblique pen holder - made for right-handed drawers, a bottle of walnut ink, a nib, an alphabet guidebook on how to draw in the classic engrosses font, and practice copy sheets.

Kalo has cemented herself within Hong Kong’s chirographical industry, educating thousands locally and joining an international space of experts.

In July 2021, Kalo travelled to Omaha, Nebraska to attend the IAMPETH Annual Conference as the only Asian representative and international guest. Lasting a week, Kalo along with 400 members, attended expert lectures, workshops, tutorials, and social mixers, organised by the International Association of Master Penmen, Engrossers and Teachers of Handwriting.

The demographic makeup of members, Kalo said, at the annual international conference is radically different to Hong Kong’s interest in calligraphy. One-third of the member base attending the Nebraska were under 50 and split evenly between genders. In Hong Kong, “99% of those interested in calligraphy are female.”.

Registration for IAMPETH’s summer conference in Atlanta, Georgia opens this month, with Kalo excited yet weary about joining due to strengthened restrictions entering Hong Kong from overseas.

IAMPETH holds annual calligraphy exams for members to submit one piece of artwork to test the accuracy and consistency of each calligraphical script: oblique broad stroke (thick and blocky), Engrosser’s (darker, heavier lines), and Spenserian (a lighter, daintier font). She passed her exam in Engrosser’s in 2021, receiving an award from IAMPETH.

Through the organisation, Kalo met her mentor and idol, American Michael Sull, an IAMPETH master penman – only 12 exist in the world. Cited as bringing the 19th century Spencerian script back to life, Michael is known as the modern father of Spencerian.

Having invited Michael to Hong Kong before the pandemic to meet her idol and have him tutor her clientele, Kalo routinely trades correspondence with the master penman overseas. “He is my inspiration. He is very generous and selfless, almost like a god!” 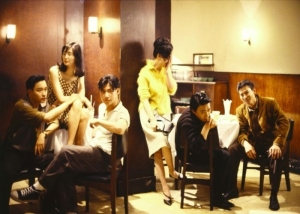 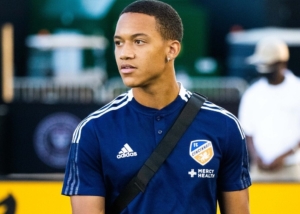 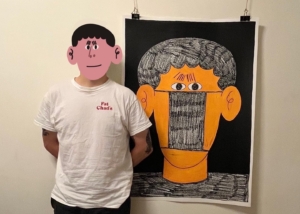 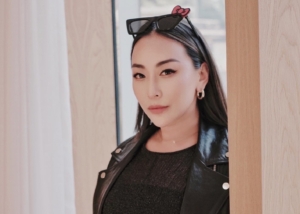