Written by Louie Canaria and produced by Jonathan Manalo under ABS-CBN Star Music, “Lagi” is a playful pop track with lyrics depicting a lighthearted, Gen Z love story. The catchy tune, which is available on digital services and platforms, has peaked at No. 1 on iTunes Philippines, surpassing BTS’ “Yet to Come” and Stray Kids’ “CIRCUS.”

Fans immediately hyped up the song and flooded Twitter with positive reactions through the hashtags #BINI and #BINI_Lagi.

Not long ago, the P-pop sensation landed on a digital billboard in New York Times Square as part of Spotify’s 2022 RADAR program. Rolling Stone, a world-renowned music and pop culture magazine, recognized BINI as one of the emerging artists of the year. They described the group as having “a loud, vibrant, sugar-coated vibe that is only second to their commanding, ear-grabbing style.”

The P-pop group is among the many Filipino artists who are making a mark on the international music scene. Not a Drill: Blackpink to Stage a Concert in Manila in 2023 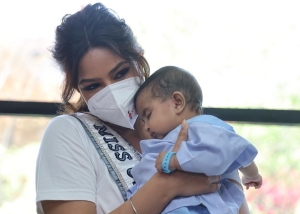 With the new pageant regulations, more women from different walks of life will be accommodated by the prestigious event. 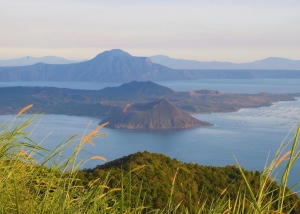 The amount of volcanic sulfur dioxide emitted from Taal Volcano on Aug. 7 reached 17,147 tonnes, higher than the 12,125 tonnes recorded on August 3, according to the Philippine Institute of Volcanology and Seismology (Phivolcs) Hosted by Paolo Ballesteros, the reality show will highlight both seasoned and new breeds of drag queens who will battle it out be the first Drag Race Philippines superstar.