Are you a lover of Japanese culture and a fan of cinema? If yes, then you should not miss this year's Japanese Film Festival Online.

This is the second Japanese Film Festival to be held online by the Japan Foundation due to the COVID-19 pandemic. As part of the foundation's goal to share the beauty of Japanese cinema to the world, it has made 20 Japanese films available for free streaming for 25 countries, including the Philippines, from Feb. 14-27.

Viewers can see the films once and have only 48 hours to finish watching every film. Here are five films we recommend you to catch!

As fans of the legendary Akira Kurosawa, we can't let this opportunity pass to recommend you "Rashomon," the director's classic 1950 film that took home the top prize at the Venice Film Festival in 1951. "Rashomon" centers on a samurai's murder and the mystery surrounding his death, as witnesses including his wife, local villagers, a bandit, and others, all give completely different testimonies about how he died.

This documentary is about Taishoken, a beloved ramen shop in Ikebukuro near central Tokyo. Taishoken was founded by Kazuo Yamagishi, who is considered to have a huge influence on the Japanese ramen industry. During its heyday, the ramen shop would see long lines of people waiting to dine in on the daily and could serve up ramen to 200 people in just four hours. This documentary follows Yamagishi's lifelong passion for making ramen and the source of this very passion: his wife, who died at an early age. More than just a documentary about the art of ramen, "The God of Ramen" is also a story of Yamagishi's enduring devotion for the love of his life.

Interested in sumo wrestling? “Sumodo – The Successors of Samurai” is everything about sumo, Japan's national sport, and follows the lives of famous sumo wrestlers, from how they live and train down to their experiences inside the ring. Like the "way of the samurai," sumo wrestlers follow a stoic approach in their great undertaking despite the risks and pains involved.

This humanistic two-hour film follows the story of Hanako and Miki, two women hailing from two different social classes. The lives of the two begin to intersect when the wealthy Hanako learns that her future husband of high social standing was once involved with Miki, who belongs to a low-income rural family.

If you are an introvert, then you will find "Ito" endearing. The drama centers on Ito, a shy high school student who lives with her father and grandmother in Aomori Prefecture in northern Japan. This moving, coming-of-age drama follows Ito's journey as a young woman who learns to grow out of her shell upon applying for a part-time job at a "maid café," where she learns to trust its strange and charming patrons. 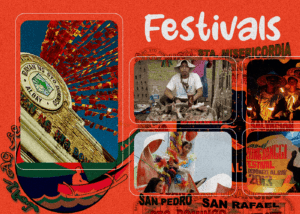 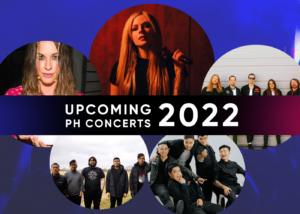 As the Philippines shifts to the new normal, live concerts amped up again to bring in some of the much-awaited local and international shows in the country. 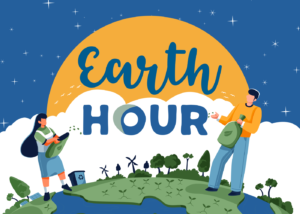 Aside From Turning Off Lights, Here’s What You Can Do During Earth Hour 2022

Aside from switching off the lights, we believe that Earth Hour may go far beyond that. Here, we’ve listed other ways you can get involved with the movement wherever you are in the world. Art Fair Philippines 2022: Films You and Your Family Can Check Out This March