Ahh, another weekend is upon us and you’re looking for cool things to get up to in the city! We’ve saved you the hassle with The Beat Manila’s rundown of the best places to hit up and things to do this weekend—from blink-and-you'll-miss-it pop-up sights and new restaurant openings, to the hottest activities that you shouldn’t miss. To keep your finger on the pulse of the city, follow The Beat Manila to see what’s best in store for the weekend.

For those who are living or working in Makati, you’ve probably come across this Costa Rican restaurant and reggae lounge – Pura Vida Manila.

Featuring the country’s leading OPM artists and bands, this popular venue among South peeps will be filled with music performances from the likes of Side A, Route 70, and Overdrive.

A non-consumable entrance fee shall be paid upon entry. The seats for the show are on a first-come, first-served basis, and reservations are not allowed. Door opens at 7 PM for all ages.

Ena Mori is a Filipino-Japanese artist known for her upbeat synthpop music. This month, she released her “Don’t Blame the Wild One” album featuring 12 tracks.

The album will also be released on vinyl, which includes her previous singles “SOS,” “Vivid,” “Oh, Bleeding Hearts?,” and “King of the Night.”

Ena Mori’s back-to-back “DBTWO! Album Tour” this weekend will be held at the Dirty Kitchen and Nook Alabang. Other music artists and performers you should not miss on the album tour are Ciara Benin, Ysanygo, August Wahh, Shanne Dandan, Basically Saturday Night, and Nobody’s Home.

All tickets are sold at the venue.

Calling all K-pop enthusiasts! The K-pop cosplay contest is part of the “K-revive! Venice Hallyu Festival” organized by Link-up Productions.

To join the cosplay contest, you must submit an audition video with good quality and location together with your complete details, the name of the artist you are covering, a brief description, the link to your audition video (preferably uploaded on YouTube), and a photo of your costume reference. The deadline for submitting videos for the audition is August 21.

“Mark Your City” is a design contest open to all Filipino artists, designers, and fine arts students residing in the Philippines.

Participants must submit their design concepts and digital design in PDF format including the proposed materials and their specifications. The art’s theme must exhibit the “city’s passion points” – live, work, and play – using textured and mixed media designs.

Four winners will receive P25,000, gift certificates, and the opportunity to have their artwork featured in the iconic BGC markers.

In the mood for some xiao long bao? Taiwan’s Din Tai Fung (DTF), the maker of the beloved steamed dumpling, has opened a 240-seater branch at SM Mall of Asia (MOA) earlier this week, marking its fifth and largest outpost in the Philippines.

Gather your friends and family and head over to MOA this weekend to enjoy your favorite dumplings and more at DTF’s new outpost! They have special rooms for intimate gatherings, seating eight to 16 people.

August is all about celebrating our heritage as two important holidays – the Buwan ng Wika and National Heroes’ Day – fall in this month.

To revisit our past, Ayala Museum is conducting a history lecture series that looks back at the key periods in the Philippine history. Dr. Maria Bernadette Abrera is slated to speak about the precolonial Philippines this weekend. Participants can join online or at the newly renovated museum. Get your tickets here.

A post shared by Korean Cultural Center in the Philippines (@kccphil)

As if we haven’t had enough of hallyu, the Korean Cultural Center of the Philippines (KCC) is gifting us with a slew of Korean films for free! This year’s Korean Film Festival includes titles such as “Miracle:Letters to the President,” “Snowball,” “Escape From Mogadishu,” and “Deliver Us From Evil,” among others. To see the films for free, follow the KCC on Facebook.. Say goodbye to raising a toast in front of your screen! Oktoberfest is back to bring you lots of fun as you eat, drink, and be merry at one of the biggest German celebrations in the country. 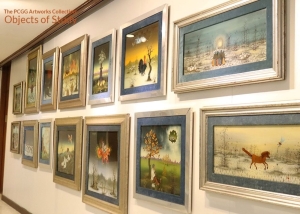 Attend House of Anansi's "EnCUNTo Ball," view an exhibit of art sequestered from the Marcoses, and see films at the Italian Film Festival Manila and Cine Europa 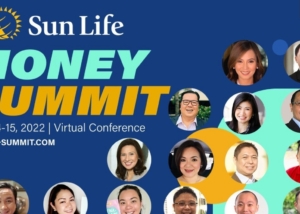 The conference will feature 36 money experts who will talk about various market segments and asset classes. 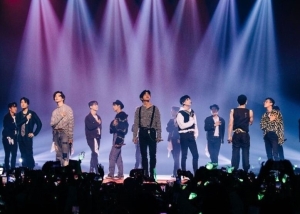 Love K-Pop? How about P-Pop? Check out our guide on how you can maximize your idle days after an arduous week at work.