A Chat With Ju Won, the TikToker Bridging Fil-Korean Culture “Hassle naman maging foreigner sa sariling bansa. Mukha lang akong foreigner pero ‘di talaga ako Korean (It’s a hassle to be a foreigner in your own country. I just look like a foreigner but I’m not really Korean),” Ju Won, a landscape architecture graduate and a content creator with more than 1.2 million followers on TikTok, said laughing in one of her recent vlogs.

While she meant it as a joke, that quip might be true to some extent. At first glance, no one could mistake Ju Won for anyone else other than a Korean: a poreless face that radiates even under the heat, a pair of monolid eyes that smile on their own, and a fair complexion that looks as if it has been under a strict beauty regimen. That and the fact that Ju Won is actually 100% South Korean. But once she opens her mouth and starts speaking Filipino, it’s easy to blend her into a crowd of millennial and Gen Z Pinoys who blurt out “charot” when they say something as a joke or exclaim “ay” to recognize a small mistake.

Born in South Korea, 23-year-old Ju Won lived in the Philippines for nearly two decades before returning to her home country early this year to pursue life after college. The pure Korean content creator only began posting TikTok videos in April 2021, mostly featuring tidbits about the Korean culture that appeal to the hallyu-obsessed Filipino audience. With her self-deprecating humor and charming personality, Ju Won has racked up more than 1.2 million followers and 18.9 million likes on the short video-sharing app since her first post less than a year ago. Her most-watched post—commanding 11.1 million views—is a reaction video to local artist Joshua Garcia’s viral “Call Me” dance clip. Other hit videos include a short explainer on why most Korean surnames are the same and how come she speaks Filipino fluently.

Ju Won granted The Beat Asia an exclusive interview in February to talk about content creation, her new life in South Korea, reverse shock culture, and what she misses the most from our tropical island (hint: it’s something salty).

Hi, Ju Won! Please tell us something about yourself.

Hello, everyone. My name is Ju Won Kim. I am just chilling (laughs). I've been doing more of social media like TikTok and recently I've started YouTube. I just moved to South Korea so I've been quite busy adjusting to the new country. I have to prepare soon to get a job. I'm just trying to make most of my time.

You moved to the Philippines at a very young age. How did you manage to stay in touch with the Korean culture?

I moved to the Philippines when I was five years old in Korean age so I was like three or four years old in Philippine age. Definitely I am much more familiar with Philippine culture than Korean heritage. I feel like the biggest aspect that contributed to keeping me together with Korea was my parents because they are much more comfortable speaking in Korean. They don't speak Tagalog or English that well. At home, we speak Korean. My mom is a great cook and she only knows how to cook Korean food. At home, we always eat a full set of Korean meals like with soup, rice and han chan or side dishes. It's like the typical Korean restaurant that you see. I have that at home everyday.

The Hallyu wave wasn't as big the time you arrived sometime in 2002 as it is now. What are the challenges of living in a foreign country? How did you overcome those?

I feel like the Philippines is very welcoming of other cultures and other people. I didn’t really experience that much of racism or anything like that. On the contrary, they would be more welcoming; they would approach me and say hello a lot more often even if I were just walking down the stairs. If I had to pinpoint one challenge I had as a foreigner, it would probably be my struggle of going into an ukay-ukay (a secondhand shop). In any country, there is a tendency to raise the prices for foreigners. And in ukay-ukay especially, I cannot get a good deal out of it. It's just a minor challenge (laughs).

Let's talk about your TikTok channel, which now has more than one million followers. Each video averages hundreds of thousands of views. Did you expect this response when you began creating your videos and what was the motivation behind your content?

It hasn't been a full year that I started TikTok and I definitely didn’t expect it to blow up. I was very much amazed when my video got a hundred views. Not even likes, just views. It's amazing how many people watch my videos and to actually comment and engage with me like start a conversation. [T]hat's what motivated me to shift the content that I make in introducing my Korean culture, myself. People are very curious and they always engage in exchange of information. The viewers themselves are the ones that motivated me to make the content that I have right now.

Is there an effect of hallyu's boom in your everyday life?

Definitely it did. It's an immediate conversation starter with strangers especially.  They are not afraid to bring up Korean or K-pop or K-drama to me just because I'm Korean. Even though I don't know the specific song they're talking about, they'd still bring it up. And it's a nice way to break the ice with total strangers. It helped me make a lot more friends like going into community who love Korean culture, Korean drama.

An obligatory question since you mentioned K-dramas. What are your top three?

Oh my gosh. For light ones, I like "The Weightlifting Fairy." It's so fun to watch. For dramatic scenes, I like "The Goblin" or "The Guardian" and then the last one, it's annoying but I still like "Nevertheless." It's a good K-drama where I just like to complain about love life.

I'm very much into girl groups right now. From the past it's Mamamoo, and then Twice. And then BlackPink. I feel like they're the OG.

Is there any pressure to produce more content to satisfy your followers?

It was a bit of a problem when I was making K-drama reviews. I made K-drama reviews because I [wanted to]. And then people kept asking for it every episode, and sometimes, wala na ako masabi (I have nothing left to say). There's [this] pressure to make and post but when I force myself to do that it doesn't feel nice. Even I don't like the video that I make, so I don't end up posting it. So, I feel the need to maintain a balance. If I get pressured too much to just post, I should also think of the quality or whether I like my content or not.

How do you deal with criticisms?

I feel like it's unavoidable to get hate comments or any kind of negative comments. But I get that it's the [internet]. I try not to engage with them. I know that they’re just commenting for no purpose at all. If it's a critique, [something] I can think about and apply to better my content and myself, I would give it a consideration. But other comments, I usually try to ignore them. But then I'm not very good with critiques. I don't really ignore them in my mind (laughs). I still get bothered but I cannot really do anything about it.

Now let's talk about your life in South Korea. It's your first time purchasing a one-way ticket to South Korea. How are you adjusting? Is "culture shock" applicable?

Yes, definitely! I feel much more a foreigner in Korea than in the Philippines. When I go outside, I can read the signs but I don't get it. The first few days since I arrived in Korea, I missed my family and my friends a lot. And then I had a hard time adjusting to the weather. I miss the tropical weather a lot. My body went through breakouts. Now, after spending a month in Korea, I miss salty food. Korean food is kind of bland. I miss Filipino food.

Can you name three things that you miss the most from the Philippines?

I really want some Potato Corner (gushes). What else do I miss? I definitely miss my friends. I miss seeing them in person kahit wala naman kaming gagagawin, magtititigan lang (even though we were not doing anything but stare at each other). I miss the places that I went to like my house. For some odd reasons, miss ko na 'yung SM. The nearest branch from my house in Batangas. I remember the SM jingle. I just wanna hear it again.

Any message to your followers?

It's just weird that I have this so-called followers [because] I feel like a very normal person still when people give me attention and love and care and concern. I would like to thank them for the constant support that they give me especially the ones who always chat up, who send me DMs. I always try to read them and I appreciate every one of them for the fact that they watched my videos is amazing. I will continue to make more relatable content that only comes from me. Thank you! 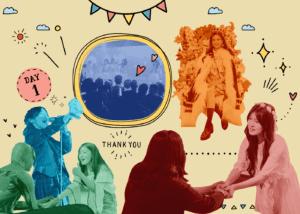 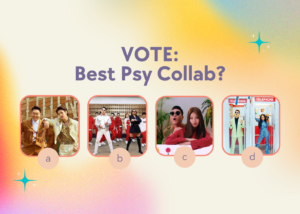 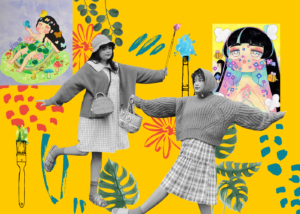