#NeverForget: Martial Law Films and Where to Watch Them

#NeverForget: Martial Law Films and Where to Watch Them The 2022 Philippine elections is now virtually past us. Following the high-stakes polls last May 9 that saw a record voter turnout of 55.5 million Filipinos, Congress officially proclaimed on May 25 the next President of the Philippines: Ferdinand "Bongbong" Marcos Jr.

Bongbong finds a vice president in running mate Sara Duterte, daughter of outgoing President Rodrigo Duterte, who himself was catapulted to the presidency in 2016 by flexing vulgar populist rhetoric that found resonance in voters who thirsted for change.

Bongbong’s presidency was secured with a staggering landslide victory, winning over more than half of the electorate or 31.6 million votes. He now takes the seat as the country's most powerful figure. The triumph of the only son and namesake of the ousted dictator Ferdinand has given way for another Marcos presidency, at once surrounded by celebration from his line of supporters and despair and angst from those who fear for another martial law.

In a CNN Philippines interview during the canvassing of votes for president and vice president on May 25, Senator Imee Marcos, sister of Bongbong, had said, "What's most important to us is, of course, our name, the family name that has become so controversial — the legacy of my father is what we hope will be clarified at last."

Ferdinand had ruled the Philippines for 20 years from 1965 to 1986, blanketing the country under martial law from 1972 to 1981. Philippines under the martial law regime saw the killings, disappearances, and torture of thousands of Filipinos; the Human Rights Victims' Claims Board (HRVCB) had identified 11,103 victims of rights violations during martial law and beyond from 1972-1986.

If the leadup to the 2022 elections was considered a crossroads for the nation, is the aftermath both confirmation and attestation that the majority, all 31 million of them, have indeed made themselves heard, and the junction has already been crossed?

As the Filipino people face another Marcos presidency, there is an urgent need to look back and learn from what came before. These seven documentaries about the Philippine martial law and the Marcoses may just help you there.

Greenfield’s restraint and intimate access to her subject are palpable in her documentary, which begins as a portrait of an unreliable and vain figure in Imelda Marcos. Amid her excesses and delusions, however, Imelda’s narratives are punctuated by clarifying testimonies from martial law victims who suffered horrors under the Marcos regime. "The Kingmaker" tracks the Marcos family’s return to power and caps off with Duterte’s presidency and the beginning of his bloody war on drugs.

Feel free to read The Beat Asia's review of "The Kingmaker."

This two-hour-long documentary was produced by the Foundation for Worldwide People Power (now called The Eggie Apostol Foundation), which was founded by Eugenia Apostol in 1996. A journalist and publisher, Apostol is also founding chair of local newspaper The Philippine Daily Inquirer, which emerged in December 1985 in the last days of the regime, a month after the dictator Marcos announced that he would hold a snap election on Feb. 7, 1986.

“Batas Militar” covers the events of 1972 when Marcos declared martial law and the 1986 EDSA Revolution that purged the Marcos family from Malacañang and toppled the dictatorship. It's made available on YouTube by the Martial Law Chronicles Project.

"Imelda" centers on the controversial life of its namesake with an intimacy, following her origins starting with her childhood then to her marriage to Ferdinand, the Marcoses' exile in Hawaii following People Power Revolution, and their return to Philippine soil.

Diaz is also behind "A Thousand Cuts," a 2020 documentary on Maria Ressa, journalist and CEO of Rappler news website, and the costs of being an uncompromising critic of Duterte's drug war have had on her life and freedom.

The subject of this 54-minute documentary is youth-student leader and intellectual Edgar Jopson, who was killed in September 1982 by state forces. Edjop was only 34 years old and had devoted his life to the masses in pursuit of social change.

This documentary follows the four days — Feb. 22-25, 1986 — of the nonviolent People Power Revolution that overthrew Marcos and his dictatorship. It is an Australian TV documentary produced by ABC-TV.

Under Marcos, the state controlled the media and critics of the government were either thrown behind bars or silenced. Burgos' "Portraits of Mosquito Press" documents the struggle for press freedom in those dark ages, centering on one man and a group of college editors who fearlessly weathered through the dangers of the dictatorship just to publish news.

This almost three-hour collage film by National Artist for Film Kidlat Tahimik is both a personal and political visual essay that spans more than 10 years. A collaboration between Tahimik and his eldest son, the late Kidlat Gottlieb Kalayaan, it tackles multiple themes, such as their life in the ‘80s, the United States' influence on the Philippines, and Tahimik's hometown Baguio. It also documents the assassination of opposition leader and staunch Marcos critic Sen. Benigno “Ninoy” Aquino Jr. on the tarmac of Manila International Airport and the protests that followed his death.

Yellow, as in the film's title, is the hue that the Filipino people conferred as the standard color for the protests and revolution against Marcos. 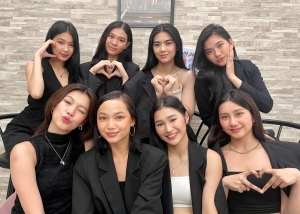 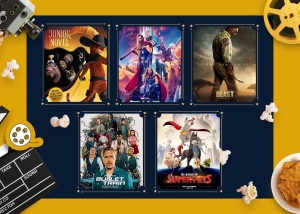 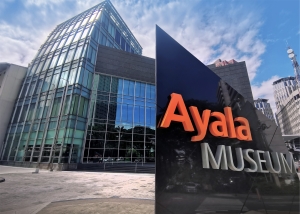 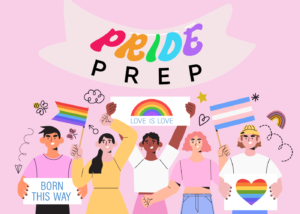