Hari Raya Haji 2022: What’s the Feast of the Sacrifice Going to be Like This Year?

Hari Raya Haji (Eid al-Adha) or the Feast of the Sacrifice is an annual event for Muslims to remember their faith with prayer and reflection. It honours Prophet Ibrahim (Abraham)’s complete faith and trust in God when he was told to sacrifice his son Ismail (Ishmael), which he obliged willingly. In the end, God stopped him and provided him with a sheep as a substitute. It also marks the end of “hajj” or the annual Muslim pilgrimage to Mecca in Saudi Arabia.

Sadly, such a celebration has been affected greatly by the COVID-19 pandemic.

The good news this year, though, is that the case is different than the previous years because a lot of us are now fully vaccinated (and even boosted) and border controls are starting to ease worldwide.

For Singaporeans, here’s what Hari Raya Haji is going to be like this 2022:

International travel was put on hold when the pandemic hit, but now that a majority of the population is fully vaccinated, will it be possible to travel again for Haj? The quick answer is yes, but with conditions.

In a media release last April, the Majlis Ugama Islam Singapura (Muis), also known as the Islamic Religious Council of Singapore, announced that the Ministry of Hajj and Umrah of the Kingdom of Saudi Arabia (KSA) will open Haj 2022 (1443H) to 850,000 international pilgrims out of the one million they’re allotting for this year. For Singapore, this means the city-state has been granted a quota of 407 places, which is 45% of the previous official pre-pandemic quota.

As Haj 2020 and 2021 have been postponed, Muis said they’ll reallocate the quota to Singaporean pilgrims who were supposed to go in 2020 and meet the conditions and requirements for Haj 2022. Eligible pilgrims will need to collect their formal Letter of Offer from the Muis and coordinate with approved travel agents to buy Haj packages within three calendar days.

As a negative polymerase chain reaction (PCR) test within 72 hours from departure to KSA is required, pilgrims are strongly encouraged to purchase a travel insurance that will cover medical expenses or trip cancellation and curtailment if ever they test positive and cannot travel anymore. Pilgrims also need to prepare the following travel documents: a valid passport with six months of validity before departure, a colour passport picture, and vaccination certificates for COVID-19, Meningococcal Meningitis, and seasonal influenza.

Korban During the Pandemic

The Korban is usually performed in local mosques under the strict guidelines of the Singapore Food Agency (SFA), but since the pandemic started, no livestock has been imported to the city-state. This 2022, no livestock will be imported as well. The Muis will instead organise modified Korbans with the help of 54 mosques in Singapore.

The SalamSG Korban, a committee under the SalamSG Movement (SSGM), will be working with mosques to arrange a ritual that will be performed in Australia. The meat will then be chilled and shipped to Singapore, ensuring full compliance with the regulatory requirements for importation of meat products set by the SFA, and distributed to sohibul korban or Muslims who opted to perform the korban.

For convenience, sohibul korbans who wish to book and pay for Korban from participating mosques this year can visit a booking portal. From there, they can choose the mosque, see the price and delivery charge, and check how many are left per mosque. Upon choosing a mosque, sohibul korbans will need to enter their name and their choice of portion (one-third, two-thirds, full, or none). Payment will be through PayNow and debit or credit card. Once successful, they’ll receive an e-receipt and other updates regarding their order through email. Distribution will start on July 14 and end on Aug. 7.

Physical counters will also be open at participating mosques and will accept walk-ins.

Ready Your Appetite! What to Expect at This Year’s Singapore Food Festival

The biggest food festival in the Lion City returns this 2022 to the sunny island where everyone is invited to wine and dine.

If you missed out your chance to join Jackson Wang’s party at the Marquee, you might want to visit the pop-up store of his very own fashion label instead. 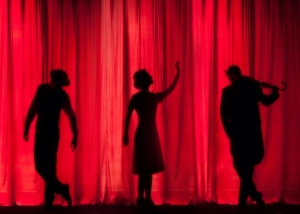 Five Theatre Shows to Watch in Singapore This August 2022

Tired of the same old Netflix and chill? Veer away from the screen and take to the theatre to catch these live performances.

Happy Birthday Singapore! Here’s What You Can Do to Celebrate (2022)

Singapore turns 57 this August! If you missed your chance to get a ticket for the National Day Parade show at The Float @ Marina Bay, here are some other things you can do to celebrate.