One of the members of the Red Lions parachute team suffered a hard landing yesterday, Aug. 9, during the National Day Parade (NDP) at the Marina Bay floating platform.

Third Warrant Officer (3WO) Jeffrey Heng was the last among the 10 parachutists to land. He skidded on the pavement and fell on the ground instead of landing on his feet around 6:10 PM. Medics rushed into the scene and carried him off on a stretcher.

The Ministry of Defence, Singapore (MINDEF) also posted on Facebook their wishes for the speedy recovery of Heng.

For those who weren’t online, an update was also announced by host Joakim Gomez during the parade. Mexican Sergio Michel “Checo” Pérez Mendoza finished first in the 2022 F1 Singapore Grand Prix on Sunday, Oct. 2, as he took the chequered flag 7.5 seconds ahead of the Ferrari of Charles Leclerc. 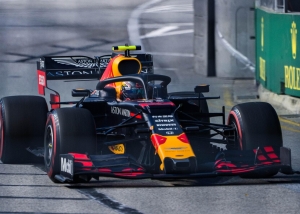 The Formula One Singapore Grand Prix 2022 returns with a series of green initiatives to lower the amount of greenhouse gas emissions from the event. Stretches of roads mainly in the Marina Centre and Padang area have been affected beginning yesterday, ahead of the F1 Singapore Grand Prix 2022 this weekend.