What Your Hong Kong Neighbourhood Says About You?

What Your Hong Kong Neighbourhood Says About You? There are tons of different faces and creeds of people in Hong Kong, and there’s a lot you can tell about a Hong Konger just based on where they live and their neighbourhood surroundings. Here are some conclusions we can draw about you based on where you live in the city:

Kennedy Town: You’re either a pilot wasting away their free time downing pints at the local expat holes or a weird young couple who extol the heaven of K Town but would never dare leave!

Sai Ying Pun: You have a weird fascination with San Francisco (SYP’s hills are the next best thing), want to feel part of the next upcoming neighbourhood, and love to wear your Sai Ying Pun resident badge loud and proud.

Sheung Wan: You have a decent wage packet to afford a life walking back drunk from LKF rather than taking a taxi like normal people. A spacious apartment isn’t all that if you can’t get a whiff of dried seafood from the street below.

Tai Ping Shan: Just move to New York if you want to live in the next “cool” hood on the island. You can’t just base your entire personality on your al fresco day drinking addiction at Reserva Iberica, Craftisimo, or that French wine and cider place.

Soho: Just admit it, you have a drinking problem. The proximity of living super close to Staunton, Wyndham, Elgin, Peel, and Hollywood was not a dangerous thought when you moved, but now your after-work drinks are the only thing that brings you through the week.

Mid-Levels: No young people live in Mid-Levels, so you’re definitely that type of Hong Konger that has either committed to spending a decade amassing a wealth to buy a 200-square-foot flat or daddy and mummy gave you a bit of money to survive in this scary hood!

The Peak: Statistically, you’re in the 0.01% and have at least three passports. Poor you for having to take Ubers everywhere, relying on your local Market Place, and having the best view of the southside.

Wan Chai: You’re probably an old white man who came in the heyday of roaring Hong Kong in the 1980s but can’t find a decent apartment outside this area, so hey, Wan Chai is where you’ll drink yourself to death!

Causeway Bay: You’re a maniac that enjoys the annoyance of crowds and can handle getting woken up at 7 AM on Sundays by hawkers screaming. What are you doing?!

Tai Hang: Ah, Tai Hang! Weekdays spent in this area are pleasant with a measured distance away from the bustle along the Island line and in the comfort of your family, with weekends a pleasure with every man, woman, and dog bussing over to Tai Hang and its brunch haven.

Happy Valley: Hard to stereotype this area TBH. It’s quite mundane and is often missing off people’s hitlists for brunches, weekend exploring, or hangouts with friends. I guess you could just be a teacher or something....

Tin Hau/North Point/Quarry Bay/Fortress Hill: I am not convinced that people live in these areas but just work and then leave this north jutting point of Hong Kong Island empty every single night. But if, for some magical reason, you live here, you’re probably so deep into obscurity that it doesn’t matter that you live there.

Pok Fu Lam: The beginning of the southside residential contingent is one of the nicer places to live in the city (this author grew up here). It’s family-oriented, leafy, and lacks any restaurants, diners, shopping, or malls, but the nature and relaxing residentials estates are what this area is known for.

Aberdeen: oooOOooOoo someone has decided to live “local!” Aberdeen is what Hong Kong used to be “back in the day”: raw with street-level hustle and noise, but with a certain warmth that other north neighbourhoods lack more.

Wong Chuk Hang: This area was earmarked as the next best thing in Hong Kong when the MTR moved in in 2016, but with only art galleries, one indoor-climbing gym, and tons of offices, Wong Chuk Hang is a weird place to live and you’re weird for deciding to move here.

Repulse Bay: You're loaded, mate. You’ve got dollar. Mr. Shmoney Pants/investment banker/insurance broker/hedge fund manager lives with his poodle dog, wife, and two kids in an ocean-facing unit with a public beach as their front garden. Drinks on you at DI next weekend, mate.

Stanley: Inconvenience is the aim and bougieness is the game in your little Stanley bubble. You spend the week bugging your friends to “take a trip down south” as a trip up to Sai Kung can literally take hours. You have time to hustle for affording your five-bedroom HOUSE but not to leave your tiny village.

Tai Tam: Same as Repulse Bay, but more American. The neighbouring Club is where you were conceived, born, and raised. You studied at HKIS, fled to the “homeland” for further studies, and have come back to return the cycle of American’s pitching home in this luxury wasteland and the illustrious Club.

Tsim Sha Tsui: The more polished people of Kowloon south of Boundary Street. You work on the Island, eat some nice Japanese food on the weekend, and then take your SO to a “trendy” bar on Knutsford Terrace at night. It’s a simple life, nothing noteworthy, but that’s what you get for living in TST.

Jordan/Yau Ma Tei: A bit lowkey when it comes to living in south-ish Kowloon. Not as a flashy as someone who lives in TST, but not as alt as someone who’s more north in Sham Shui Po and Mong Kok.

Mong Kok: Your love for yummy food and shopping has brought you to living in Hong Kong’s (and arguably the world’s) most hectic area, which you feel is bearable when you have unlimited food options to dig into every day and night.

Sham Shui Po: As hip and cool Sham Shui Po is getting and has been in recent years, it is not when you live there. You wear baggy cargos and unironically wear 1920s-style flat caps, which look out of place even on Hong Kong Instagram.

Tseung Kwan O: Probably French and a bit weird, too. Tseung Kwan O is too flat for anyone’s liking. It’s an effort to get to and why do you find a need to establish yourself as different from your other buddies? I mean for families, it’s great, so your life is dedicated to your SO and children, but no friends are allowed to come!

Prince Edward: Not as rough as a Mong Koker but not as a hip and chill as a Sham Shui Poer. You’re a Kowloon kid at heart but as average as the food in Prince Edward is.

Sai Kung: You’re practically living Hong Kong on easy mode, with a convenient taxi ride away from an MTR or “civilization.” Don’t say you live in the city. You basically live in Phuket with your fancy house and doggies and car. Enjoy your greenery.

Sha Tin: Just a bit far out for my liking. You got harangued into buying a tiny flat here a decade ago or recently just to get on the property ladder and get your parents off your back. It’s a pain to get anywhere central and popping, but hey, you can find a new personality at the dozens of malls in your area.

Lamma Island: The classic hippy stereotype. Aww, was Hong Kong life too tough for you, buddy? You really love yoga, craft beers, “community,” and vegan food sooo much that you have committed this to your personality?

Discovery Bay: Peak expatry here in DB. This is too easy. You have a stupid golf cart to haul yourself around the recreation of a Hong Kong 901210 and live decadently compared to your non-island counterparts. Massive house, pilot dad, flight attendant mom, lazy beach bums, and below-average western food.

Mui Wo: Lamma Island reject, too boring for Discovery Bay, and have given up on life to consider a move back or a lengthy stay on Hong Kong Island.

Tung Chung: I am tired of this list, and you just scrolled down all the way to find out what Tung Chung means about you. I don’t know, man. You have a fetish for skyscrapers and long commutes, I guess? Move somewhere more interesting and then I can help you. The Six Best Bike Rides for Your Hong Kong Summer

With the Hong Kong summer heat beckoning us out in nature, explore the city’s green sceneries and go on these six bike rides to get your adventurous soul running. 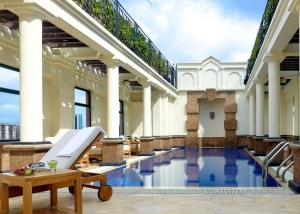 Romanticise Your Life at These Wes Anderson-Inspired Hotels

These hotels look like they’ve come straight out of the Wes Anderson multiverse. 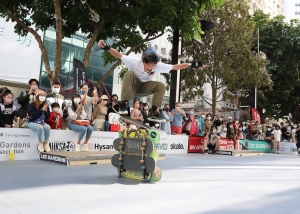 Best Skateparks in Hong Kong to Skate and Glide at

Hong Kong has skateparks in all of its four corners and four regions where you can try for that ollie or grind your board on some metal. 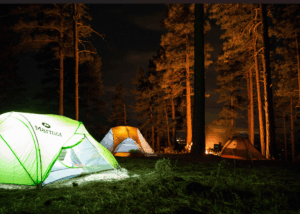 Seven Camping Sites in Hong Kong for Your Next Getaway

Let your worries float away with these camping sites in Hong Kong.