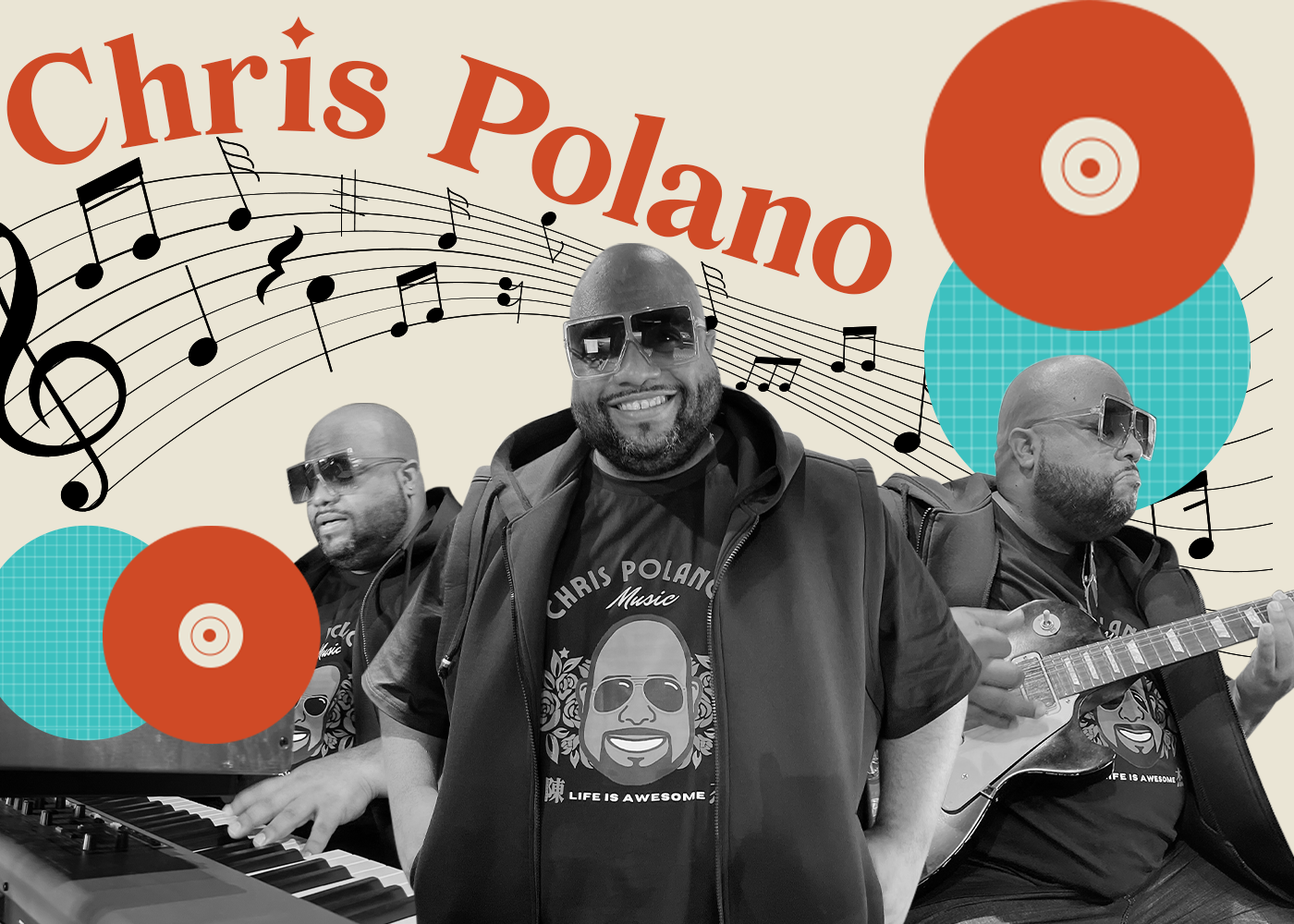 "Who is Chris Polanco,” I asked a sunglass-hoodie-wearing Chris Polanco cooling off with air-con in This Music Studio, a Central-located production house owned by local producer Jonathan Lee.

“Chris Polanco,” he answered comically, “is a very curious person who came from Dominican Republic, a very good student, who came from a lovely family, good education, and family values. The first flight he took outside of the country was to Hong Kong in 2000.”

The story of Dominican musician and producer Chris Polanco, a stalwart figure in the local music industry working with stars Eason Chan, Sandy Lam, and Maria Cordero, and how he broke the Instagram algorithm to become an accidental KOL singing Cantonese songs with fans, began 22 years ago with a few “firsts” for the then 20-year-old travelling to Hong Kong.

Chris’ prime identity is one of Hong Kong’s great musical figures, key to introducing Latin music to the city. Today, his contemporary fans know him as the sunglass-donned giggling man sitting behind an iPhone and electronic keyboard, reciting fluent Cantonese lyrics, often with local fans “duetting” with him.

He has amassed over 80,000 followers in three months since beginning his series of Instagram Reels and capturing the soft melodies of Cantonese songs unknown to many English speakers.

Chris first landed on the shores of Hong Kong in 2000, employed to work at Ocean Park by a French recruiter Beatrice Zessac who sought out his musical expertise at the Sheraton Hotel in the capital Santo Domingo of the Dominican Republic during a talent search.

“I'm in charge of bringing musicians to Ocean Park in Hong Kong. Are you interested in coming to performing Latin music in Asia?” asked Beatrice in 1998 at the hotel, Chris recalled in our interview. He was interested, having never left his country, to emigrate to Hong Kong for a six-month trip to play at Ocean Park.

“I was playing music in the Dominican, but I had never got proper training or a fixed job of being Chris Polanco the musician. I was just freshly graduated and doing some IT jobs here and there but playing music all the time.”

Chris was set to play a daily 30-minute pre-show at the Ocean Theatre banging drums and sing Latin tunes “to make people hyper before the dolphins come to jump,” prior to the live dolphin performances in the now-defunct presentation.

After completing a 6-month contract at Ocean Park, Chris found his undergraduate degree in computer science as an asset for securing his second job in the city, through a family friend connection back home: second-in-command at the city’s Consulate General of the Dominican Republic in Hong Kong.

By day, Chris okayed visas for visiting and working Dominicans, arranged passport changes, and handled import/export functions delivering goods from China to the DR. At the time, Chris only spoke Spanish, and knew very few words of Cantonese and even English.

Six months into his work at the Consulate, Chris formed his first band, Azucar Latina (meaning Latin sugar), in 2001. When the consulate general of the office in Hong Kong left back to Dominican Republic two years later, Chris decided to resign and focus on music.

Jobless and devoted to his music with Azucar Latina, Chris would play gigs, functions, and bar events at Cinco de Mayo parties, birthdays, Christmas bashes, Mexico Independence Day, and large occasions with his band of Latin American musicians. “Slowly, people were getting the attention of us, fresh and unique music.”

Following his resignation, Chris began work as the Spanish-speaking general manger at Coyote Hong Kong, Wan Chai’s now-closed bar and grill that stood for 23 years on Lockhart Road. During his two and a half years operating the venue, purported to have the “best margaritas and vibes in town,” Chris played with Azucar Latina every Saturday.

“After I left Coyote, I made my decision to do music full time,” Chris said as he left the restaurant in 2006. “Music in general excites me, it is an energy. I needed to move on with what I love and what my channel can be to influence people with good vibes and good energy.”

“That's what I call my mission. Whatever I'm doing in life through art, music, instrument, or language, I want to bring that love to people. I said from now on, I'm gonna (sic) go for music. I decided to carry on full-time doing Latin music.”

The next 18 years saw Latin music cure a local fandom and Chris reach new heights in his new-found career. “Latin music was beginning to be accepted. I said, I can take my role of ambassador bringing this genre to the mainstream in Hong Kong.”

2010 saw Chris befriend famed Hong Kong singer Eason Chan, eventually travelling with the musician for six years on world tours as a collective called “Eason Chan and the Duo Band.” In Macau performing in 2012, Maria Cordero pitched him to perform with her in concerts in Hong Kong. Fellow musician friend Sandy Lam assisted Chris to set up gigs in Taiwan, Hong Kong, and China, introducing Latin music to a whole continent.

Under Eason’s tutorship, Chris produced hit single “Tequila,” a Cantonese song about his favourite libation and the charm behind its Latin American culture, which saw instant popularity in Hong Kong. He cites the song as the prime reason for Universal Music signing him to their label to produce Cantonese Pop with musicians in Hong Kong and Asia, becoming a catalogue writer in 2019.

The pandemic initially hit Chris and his team hard. Running a music production house, an events company, and working as an agent for indie musicians in Hong Kong, the past three years have forced the Dominican musician to innovate and adapt creatively.

His experimental spark grew in early April 2022 as the fifth wave relaxed – the start of the present story of Chris and his new-found “third wave” fame online, the musician calls. Bonnie Chan, Chris’ agent, convinced the musician in early 2022 to begin releasing Canto-Pop cover songs on Facebook and Instagram to engage followers, “to show my talent to people” in a Hong Kong hit hard by the pandemic.

On April 11, however, Chris began uploading the now-signature Instagram Reels of him sitting behind a keyboard, with faded cream curtains with pink flowers in the background, donning black glasses, and belting out lyrics, fluently, of local Cantonese pop songs, power ballads, rock tunes, and hip-hop. Chris titled the series “#JamWithPolanco.”

Bonnie told Chris to just say “Alright, sing this with me” and advised him to add some Chinese “charm” to the videos. “I didn’t think this is gonna (sic) work anyway. After a few Reels, one day we grew 800 followers from 3,000 in January.” Things blew up for Chris since early April, garnering more than 80,000 followers.

Chris releases daily, sometimes up to three times a day, Instagram Reels, prompting fans to “sing with me” songs in English, Spanish, Cantonese, or Mandarin. He wears cute Hawaiian shirts and his signature blacked-out sunglasses.

“Local people know me [in] Hong Kong as the performer guy, in the streets or bars as can4 git6 (陳杰). On social media, I was never known as that performer person. In more than three months, we grew like that!”

“We haven’t paid a cent, a dollar, to grow this, it’s all organic,” Chris commented on his shot up to uber-fame on Instagram. “Nothing is processed. The sound is from the [iPhone] X and no mixing on the audio or instruments.”

With his Reels, Chris said he has inspired thousands to unlock their confidence, potential and love for music and creativity. “You cannot believe the amount of people we are influencing and in so many ways.”

“So many people come to talk to us and say, you inspired me to sing, I haven’t sung in 20 years. I get so many messages saying, my [family and I] are now singing together, and we’ve never done it before. I reward my daughter every night to see one of your IG Reels. This is the best payment you can ever get.”

“I didn’t plan this, but we love doing it and putting people together. I have said in interviews the same thing, one night I was talking to [Bonnie] and just burst into tears and said, no matter what colour, what race, what country, what shape, everybody’s doing the same thing, they’re all singing together. They don’t know who you are, but I am singing next to this person, it’s crazy, it’s so powerful.”

Chris receives over 500 messages a day and replies to each one with a heartfelt message, thanking his fans for submitting their thoughts and “duets.” His mission is to simply “bring people together and happiness to people through music.”

Reflecting on his popularity, he admits that he has a big following of Latin American and Westernised people who know him for his band and music, but “know nothing of me being in the Cantonese world.” In Hong Kong, it’s “vice-versa” with next to 80,000 followers online understanding his identity as the “man with sunglasses singing Cantonese songs.”

Holding his online success and guiding a future in Hong Kong, Chris released his first Cantonese single "Thousand Ways to Say I’m Sorry" on Aug 15 on all digital platforms, with lyrics written by Bonnie Chan.

Hong Kong’s newest dating events, IRL FRIDAYS, is set to land at Behind Bars on Oct. 7 to allow you the chance to finally meet your next hunny away from dating apps. Hong Konger Celine Ng, the singer-songwriter behind WANYI, breaks new ground in 2022 with a series of exciting single releases. GTA 6 Leaked: What We Know So Far

After nine years of Rockstar Games keeping the upcoming installment of the GTA series under wraps, 90 clips of demo footage were leaked. 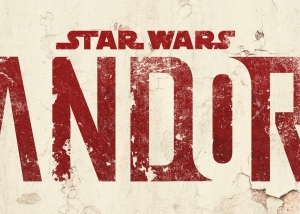 This 12-episode series is part of a larger two-season arc, set to take place in the early days of the rebellion and focuses on everyone’s favourite rebel, Cassian Andor – with Diego Luna reprising his role as the titular character.