Earlier this month, all-girl group MNL48 released the music video of their seventh single “No Way Man” during a live watch party on YouTube. Streamed on April 1, it was not an April Fools’ Joke but a true release of the group’s latest music, which many fans have waited for more than a year.

Whether you’ve just discovered MNL48 after watching them on TV or their live performance at PPOPCON at the Araneta Coliseum last April 10, we’re here to help introduce you to the group.

Formed in 2018, MNL48 is the Philippines’ first idol group and the international sister group of Japan’s AKB48. They sing Tagalized versions of AKB48’s released tracks, with an exception to #HASHLOVE (the group’s first original song) and their cover of Amazing Grace (My Chains Are Gone). At present, they have one sub-unit called Baby Blue (in partnership with Tower Records Japan) which focuses on the R&B and hip-hop genre.

The current single “No Way Man” consists of 16 senbatsu members, or members chosen to be in the group’s A-side who will promote the new single at events and media appearances like TV shows. Its center, Abelaine “Abby” Trinidad, ranked first in the group’s Third General Election — an event where fans can vote for their favorite member using tickets included in a single or merchandise — last February 2021. This kind of system is unique to AKB48 and its sister groups, both in Japan and internationally.

Give up? No Way Man!

“No Way Man“ is AKB48’s 54th single written by Akimoto Yasushi, the producer of the AKB48 franchise. Unlike MNL48, the senbatsu focused on the members who joined the South Korean reality competition “Produce48,” particularly the three members (Miyawaki Sakura, Yabuki Nako, and Honda Hitomi) who ranked in the top 12 and debuted in the now disbanded IZ*ONE.

The song, as MNL48 Jem explains in a media conference, is “a very strong song” that encourages people to go on and fight, and to believe that “there’s always light in every dark situation.”


What should I believe amidst this deep darkness?

I won’t be limited to baseless decisions

(Come on) I’ll hold on, stand my ground, all right

The lyrics fit perfectly to the problems and struggles that the group had been through as the pioneering idols in the country. “Actually, it’s very hard to be part of an idol group. You need to sacrifice yourself, [and] you need to be fit to be an idol,” MNL48 center Abby said. She also added that there are standards to follow (as an idol), but as long as you have dreams, you’ll be able to inspire other people.

Like any P-pop group, MNL48 had its share of hardships during the pandemic. The single was indeed one year in the making, but it wasn’t one straight year full of face-to-face training.

Due to the lockdowns and changing alert levels in Metro Manila, there were times when the girls had to hold their sessions online via Zoom. MNL48 Yzabel said there were instances when they were feeling down because they didn’t know if the group’s plans would still push through or not. Some members who ranked in the general election also left.

With a difficult and highly detailed choreography, showing a synchronized dance while singing live is no easy feat, but the girls were able to pull it off and move forward. To date, “No Way Man” is the most difficult choreography that MNL48 has done.

When asked what’s in store for fans, the girls said they’ll focus more on showing dance-centric moves compared to their previous shows where they mostly showcased their singing abilities.

MNL48’s “No Way Man” music video has more than 980,000 views on YouTube as of writing. To celebrate, the group has released an a cappella version on April 12 as thanks to fans for letting them reach the 500k milestone in less than 13 days. A dance performance has also been released recently.

There’s no announced physical release yet, but “No Way Man” is available on streaming platforms like Spotify and will be available as music cards. For more information, you can follow their Facebook and Instagram accounts.

Explainer: What’s All the Fuss About ‘Filipinx’?

Dictionary.com’s biggest update in September 2020 raised the eyebrows of many people living in the Philippines as the term “Filipinx” made it to the official list. Here are some of the arguments raised regarding this controversial term. 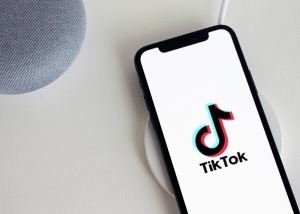 The Nominees for TikTok PH Awards 2022

From breakthrough creators to P-pop groups, here are the People’s Choice nominees for the TikTok Awards Philippines 2022. Did your favorites make it to the list? ‘Estong’ Takes Us Behind the Scenes of ‘Katips: The Movie’ in Exclusive Interview

Joshua Bulot, who played the role of Estong, unravels all the happenings and hardwork behind the film production of "Katips: The Movie" 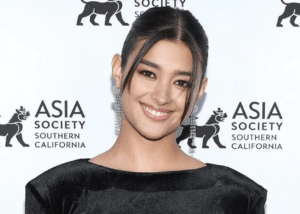 The rumors are true! Liza Soberano will star in her first Hollywood movie alongside Cole Sprouse.