Boys Love (BL) is a genre depicting the intimacy, romance, and affection between male characters. Born in Thailand, this pop culture phenomenon touched millions of queer hearts across Asia, including neighbouring countries like Taiwan, South Korea, Malaysia, Indonesia, Singapore, Japan, Cambodia, and the Philippines. This 2022, the BL craze is still as piping hot as when it first began. If you’re in search of new BL shows to add to your playlist, bookmark this list.

“Coffee Melody” is a Thai drama that follows Duan Yi’s journey from being an in-demand song composer to losing his passion in one single snap. He eventually meets Pleng Ruk, a handsome coffeemaker who inspires him to continue his love for music. Starring Panupun Vongjorn and Naret Promphaopun, “Coffee Melody” is a romance story that is as “sweet as the first sip of morning coffee.”

Where to watch: Viki

According to Director New Siwaj Sawatmaneekul, 12% is the probability that the person we love, loves us in return. “My Only 12%,” a BL series about complete opposites Cake and See-ew, perfectly depicts that probability. Starring Earth Katsammonat Namwirote and Santa Pongsapak Oudompoch, this queer series proves that love can ignite despite differences in personalities and beliefs.

Where to watch: iQIYI

‘Love in the Air’

MeMindY-produced BL series “Love in the Air” follows the story of Rain, a handsome protagonist who unexpectedly goes through a vehicle misadventure. A hot biker named Phayu, who is a popular senior student in the university that Rain attends to, comes to the rescue. “Love in the Air,” which stars Noeul Nuttarat Tangwai and Boss Chaikamon Sermsongwittawa, is your typical meet-cute BL worth tweeting about.

Where to watch: GMM25 Channel

“Punk Spy” revolves around the lives of Wa, Sin, Heng, Bun, and Bu, a group of friends on the quest to discover their confidants’ darkest secrets. Directed by Klaryder Nathawat Piyanonpoong, the genius behind the hit South Korean BL drama “Peach of Time,” this romance-action series takes you on the edge of your seat with its unpredictable twists and turns. It stars rising actors Tommy Sittichok Pueakpoolpool, Jimmy Karn Kritsanaphan, Poppy Ratchapong Anomakiti, Tai Thanaphat Kajonchaikun, and Leo Peerapun Chungcharoenpanich.

Where to watch: Viki

“My School President” centres on Gun, a music society leader who accepts the challenge of becoming the personal assistant of the school president in order to save the music club from cessation. This school-oriented series, which stars Fourth Nattawat Jirochtikul and Gemini Norawit Titicharoenrak from the breakout BL series “Bad Buddy,” boasts a bad-boy-meets-good-guy story with a marvelous LGBTQIA+ narrative you’ll relate to. What to Expect from the ‘Mad Stash x Westin Pool Party’ on Aug. 20

Happening on the spacious rooftop of The Westin Grande Sukhumvit, the "Mad Stash x Westin Pool Party" will give locals, expats, and tourists a night of fun, booze, and electronic dance music. 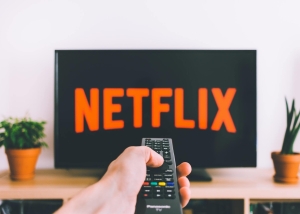 What to Watch: Thai Movie Releases of 2022

Hey there, film lovers! Here's a comprehensive list of upcoming Thai movies in 2022