This Cute Budget App Will Motivate You to Stay on Budget As we continue to struggle from the effects of inflation, it’s becoming more difficult to make ends meet. It’s frustrating to think that we can’t do anything about it, but if there’s one thing we can control, it’s how we spend our money. Sure, it won’t solve all our problems, but at least by keeping track of what we spend on, we might be able to strategize better where we allocate our hard-earned money.

The Cutest Budget App to Track Your Expenses

Household Account Book is “a budget book app with cute illustrations” that has over a million downloads on both Apple and Google Play Store. It’s developed by UNITED, Inc. which is also behind Casual Dieting -Weight Manager- and a few other popular apps in Japan.

We downloaded the app to check some of its features. Check them out below!

Household Account Book has a built-in calculator that makes it easy to do computations without leaving the app. This is great for small expenses you don’t want to log individually or if you’ve already inputted an amount and want to make changes. From the homepage, tap “Enter!” to start logging your expenses and income.

The memo supports different symbols, emoticons, and languages. While the notepad looks small visually, you can input long texts and scroll your way down.

From food to transportation, the app allows you to categorize as many expenses as possible. You can also add, delete, or simply rename an existing category. There are 25 icons available on top of the default categories, which you can use for both “Paid” and “Income.” To edit the categories, go to Others > Settings > Edit a category.

You can lock the app with a four-digit passcode, which is a nice security feature if you input sensitive data (like account numbers) in the memos.

Every time you input an expense, the app rewards you with a two-page story about Pisuke and Usagi. These two are described as “a comical duo of an honest bird and a slap-happy rabbit friend.” They were created by a Japanese illustrator who goes by the pen name Kanahei. She’s one of the most popular digital sticker makers on LINE, a widely used messaging app in Japan. (Fun fact: If you use Messenger, you can also download her stickers by typing “Usagi” in the search box.)

If you like the illustrations in the stories, you can download and use them as your wallpaper!

The History List shows your income, daily expenses, total daily expenses, and balance for the month. There’s also a feature that shows the total and the percentage of your expenses in each category, plus a pie graph (or what the app calls a paying graph) to see more visually how much you’re spending in the month.

Is the App Worth Downloading?

If we are to point out something that needs improvement, it’s the lack of an overall savings display. There’s no part where we can see the total of how much we’ve saved every month, which can be a deal breaker for some. Nonetheless, if your goal is to find the cutest budget app, Household Account Book is still your best bet. Starlink PH: What We Know So Far About Elon Musk's Satellite Internet Service

Billionaire Elon Musk is bringing Starlink to the Philippines, allowing people in remote areas access to high-speed internet. Here’s what we know so far. Powered by a MediaTek Dimensity 920 chipset and realme UI 3.0 software, is the realme 9 Pro+ an ideal gaming smartphone? Here’s the average frame per second (FPS) rates of popular mobile games. 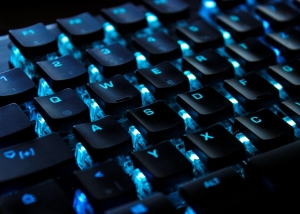 Here's what you should expect when you buy the Razer DeathStalker V2 Pro. Need to know if your friends already left home, are on the way, or have arrived at your meeting place? Google’s new location-sharing feature can give you all the notifications you need.