Calling Parents! Here are the Films Premiering at KIFF 2022 If you haven’t made plans with your young ones yet, why not go out and watch the films premiering at the 6th Hong Kong Kids International Film Festival (KIFF)?

KIFF was founded in 2017 with the aim to bring meaningful films from around the world to Hong Kong audiences. Its team believes that “films act as a powerful medium for rich cultural learning and artistic inspiration,” which can nurture the development of kids and teenagers, including their appreciation of different cultures, arts, and forms of creative media. Through different film genres, this festival seeks to broaden and enrich children’s imaginations and understanding of the film industry.

The 6th KIFF will take place on the first two weekends of August (6, 7, 13, and 14) at Golden Scene Cinema in Kennedy Town and PREMIERE ELEMENTS in Kowloon. Here are the films (available in both Cantonese and English) that will be shown along with their schedule:

“Fireheart” is a 2022 adventure comedy film set in 1930s New York about 16-year-old Georgia Nolan who dreams of becoming the world's first-ever female firefighter. After a few firemen started disappearing, Georgia’s father was called out of retirement to investigate the case. Desperate to help her father, she disguises herself as a young man and joins a small group of firefighters.

“Little Vampire,” also known as “Petit Vampire,” is a 2020 French traditional animated comedy horror film based on the best-selling graphic novel of the same name. Written by Sandrina Jardel and Joann Sfar, it was nominated for Best Animated Film at the 46th César Awards. The film follows the story of “10-year-old” Little Vampire who’s bored to death living in a haunted house because his parents won’t let him out. He dreams to attend school to meet other kids, so he sneaks out and eventually meets a human boy named Michael.

“Sound of Silence” tells the story of 10-year-old Kwong who’s constantly neglected by his parents. His grandmother was his only listener, but when she passed away, he becomes obsessed with Pluto and feels as lonely as the planet for being excluded from the solar system. He believes that aliens will appear and take him away to meet his grandmother again. Kwong disappears one day, leaving behind a voice-recording astronaut stuffed toy. His parents then follows the clues from the recording to find him.

This live-action adventure with CGI-animated animals is about a girl named Ida who is having a hard time making friends at school. One day, her teacher introduces to the class Mortimer Morrison, who travels the world looking for “magical animals” who are destined to become a child’s soulmate. Ida becomes the first to have a magical companion (a cunning fox named Rabbat) along with the outsider Benni. When objects started vanishing at school, it’s up to them and the animals to solve the mystery.

Apart from the films above, a "Behind The Cine" workshop will be available for kids where they can try different kinds of cinema jobs and get a closer look at the restricted areas of cinema projection rooms. For more information about this festival, visit KIFF's website. 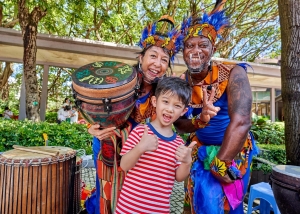 With summer in our hands, Discover Bay is hosting a series of fun family activities at their Discover BAYcation program. 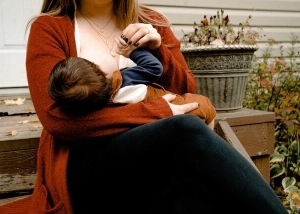 Where to Find Breastfeeding Support in Hong Kong